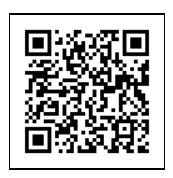 QR code…. What is a QR code ? For what purpose does a QR code is used ? How does it works ? Is it safe ? What is the importance of using the QR code ? How it is designed ?
There are a lot more questions related to QR code since this is a very unique and very useful concept. Everyone has started using this technology but many are not aware of the engineering been working inside the QR code.

A QR code is basically a type of a barcode which has an information stored in it which can be accessed only by scanning it with a particular machine or device such as camera, barcode scanners etc. It consist of a few black squares arranged in a systematic manner in a grid format with a white background. They have four standard modes of encoding the data in the QR code i.e numeric, alpha-numeric, byte / binary and kana / kanji. With these modes the data or any kind of information can be easily and efficiently stored in the QR code.

The Story from the past
QR code which is a two dimensional barcode was designed and developed in the year 1998 in Japan by an automobile company. They used this barcode for tracking of the vehicles and the goods. This kind of barcode was easily decoded and was very fast in giving the response, hence the name Quick Response Code ( QR code ) came into existence in the 20th century. A barcode is basically a label which contains some information or data about the product to which it is been attached. These QR codes were a different kind of barcode which could store different type of information which could be easily decoded by the machine. The accuracy was very much precise and it had more functionality as compared to the earlier barcodes.

Due to the better functionality, fast accuracy and readability, QR codes became very popular as compared to the standard barcodes. Automotive industries were using the QR code system for their products and parts. Various other industries were also influenced by these QR codes and started adapting in their own field. They used it for many applications such as tracking of product, identifying the item, consumer advertising, general marketing, document managing etc. it provides the way for accessing the brand websites very quickly than manually entering the link of URL. It has been a very convenient medium for people to reachout to the information anytime.

Design of a QR code

The one dimensional barcodes which were earlier designed were scanned by a digital two dimensional digital image sensors which were then analysed by the programmed processor. There are three distinct squares at the end corners of a QR code which can be easily located by the processor with the help of a small square which is at the fourth corner of the image of QR code. Besides these squares, there are many small dots which are converted into binary numbers.
Storage – The data stored on the QR code depends upon the datatype storage mode, version number and the error correction level of the QR code. There are four datatype storage mode i.e Numeric, Alphanumeric, Binary/byte and kana/kanji having the maximum characters storage capacity of 7090, 4290, 2950 and 1810.

Encoding – the QR code is encoded with the information which has to be corrected with the help of the error correction as well as masking so as to get a quick response from the machine. Masking is a method which break up the pattern on the QR code such as blank spaces, disturbed pattern in between so as to simplify the information and it could be read easily by the digital scanning machine. Mask pattern are designed as a grid structure which is repeated for covering the symbol. The modules which represent dark areas are inverted. The database of the information in the QR code is placed in zigzag pattern from right to the left and the information is been protected from the errors with the BCH code. It is complicated in the large symbols by presence of alignment patterns. The message or information in the QR code is encoded by using the Reed Solomon code blocks. Big data is been divided into blocks and blocks are shortened. The encoding mode can be altered as required within the QR symbol.

QR codes are been used for many business purposes in many ways. You can generate your own QR code for your every product containing all the details of your product including the URL link to your website to showcase your product. You need to show the QR code to the public including your friends and family so as to reach more customers to see your product. You can also add your contact details in it. Also, you can add QR code to your business card which contains your contact details so that it could reach to many people and eventually they can reach you out. There are many other ways to use a QR code as a better advertising and marketing way. You can add them on social media, posters, TV advertisement etc which contains – product details, contact details, a coupon, event details, a link to your website on a youtube video, twitter account, facebook account etc. Many businesses are been including their QR code in the newspaper as well as in a different magazines to reach out to more peoples.

How can you generate a QR code for your own business?

There are many agencies which are providing different type of customised QR codes for businesses which incorporate the logo or the image as per their requirement. There are the design agencies which provides a QR code for business . But there are plenty of websites where you can easily generate the code for free in few seconds . QR code generator are very easy to use and there you can manipulate with the design of the code which includes only the colour , backgroung colour , shape of the QR code. You cannot make any changes in the arrangement and positions of squares in it because it would add more errors and there will be difficulty in reading the QR code.

QR codes has become an advertising strategy and has become very popular. Smartphones are been used as a QR code scanner with the help of phone camera. Simply scan the displayed code and convert into useful forms such as a URL for a website, to redeem coupons, to make payments, etc. Due to this easy to use QR code, it brings the viewers eye immediately to the website of the advertisement.

Automotive industries
Earlier, the automotive industries used the QR codes for simply tracking the parts of vehicles in manufacturing . But nowadays , QR codes has been used for a wide range of applications. These include, product marketing , commercial tracking, goods identification , product labelling , entertainment , marketing programs etc . some QR codes are used for storing company’s information including address, email, contact details and other related information.

URLs
During earlier years, several viewers had many difficulties in reaching out a particular website. They had to type the entire URL to reach to the website . Sometimes they could not remember the URL which they had typed earlier and they may forget to visit the website later . To eliminate this issue of the viewers not been able to access the website immediately, the conventional QR code have been developed. QR codes are used to redirect the viewer to the URL for an instant access.

Website login
To login into the website the QR code are been used . A QR code is been shown on a login page of the website where a registered user can scan the code with a registered smartphone with which a user will automatically logged in The smartphone contacts the server where the authentication is done and user can do their website login without remembering and typing the login credentials.

Virtual stores
The product information is been presented to the customers by means of a QR code. QR code is placed at different places in the locality where customers can scan the QR code and product can be ordered and delivered at their homes . The virtual store QR code has been very useful in many countries . It is the easy and convenient way of implementing the marketing strategies.

Uses of QR code –
QR codes are very convenient as they can store many kind of information in a tiny space. QR codes have the capabilities of keeping the data and providing fast access to it when the user scans the code. They can be generated easily and can be used for different purposes. QR codes can be used for storing the information such as :

Risks in QR codes –
QR codes contains loads of information in ite including websites, URLs , contact details etc which when scanned redirects the user to the information. URL and website links could contain a malicious content in it and can put the user’s privacy to the risk. The URLs can be used to hack the users data once it is scanned and could create any problems to the user. QR code may contain vulnerable data which could after the software or the application which is been used in the smartphone of computer. Some risks include a link to dangerous websites which could exploit the browser, enabling some system features and getting access of files, contacts or any passwords for your bank account. Also it could redirect to the harmful websites which contains loads of virus and malware which could crash the system corrupting the settings in the system.